Heard﻿ in the Corridors 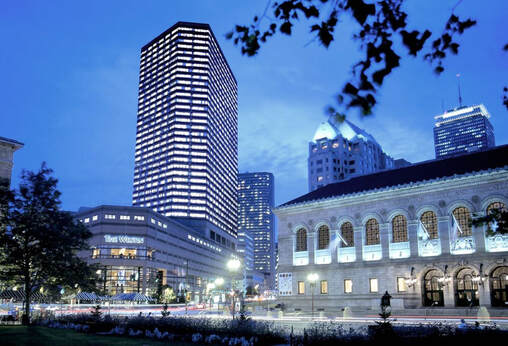 ​The International Theodore Dreiser Society will sponsor two panels at the American Literature Association Conference in Boston, Massachusetts, May 25-28, 2023.  We are interested in any aspect of Dreiser's work and/or literary naturalism.
* Panel One: Open Topic
* Panel Two: Open Topic
Presentations will be limited to 20 minutes. Panelists are not required to be members of the International Theodore Dreiser Society.

​Please email an abstract (250-350 words) for either panel, as well as a brief CV to the program chair by January 20, 2023.
Cara Erdheim Kilgallen, Chair, Department of Languages and Literatures, Sacred Heart University
ErdheimC@Sacredheart.edu 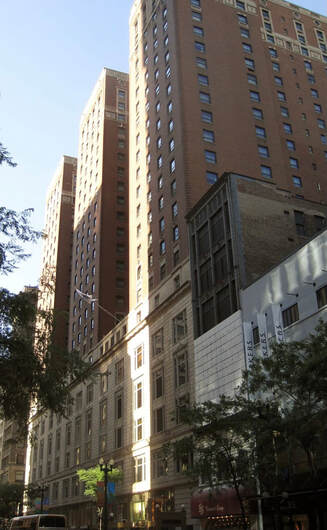 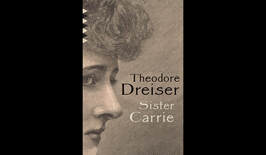 John J. Miller is joined by Miriam Gogol of Mercy College for an edifying  discussion of  Theodore Dreiser’s first novel Sister Carrie. Miriam is the current president of the International Dreiser Society.  Follow this link to hear the podcast. 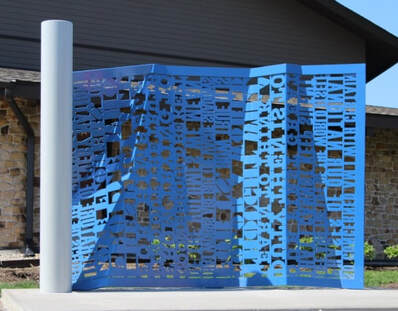 ​Dreiser – Shadows of Meaning is a unique sculpture that contains an engaging collection of writer Theodore Dreiser’s phrases gathered from his works. It offers viewers a varied experience, depending on their distance from the sculpture as well as the daily path of the sun which, on occasion, will create shadows of Dreiser’s words on the pavement, reminiscent of his quote: “Words are but vague shadows of the volumes we mean. Little audible links, they are, chaining together great inaudible feelings and purposes.”
​It is ​located near the north entrance of the Vigo County Public Library main branch on Walnut Street.

150th Anniversary of Theodore Dreiser's Birth (August 27, 1871)
CFP: The Russian journal Literature of the Americas is dedicating its November 2021 issue to Theodore Dreiser's 150th anniversary. The issue will be a collection of essays on Dreiser. (Link to CFP for Literature of the Americas)
CFP: The Russian State University for the Humanities (Moscow, Russia) is holding a conference May 13-14, 2021 (both online and in person), and they will have a roundtable discussion devoted to the 150th anniversary of Dreiser's birth. (Link to CFP for the Russian State University Conference)

Dreiser Society CFP (ALA, San Diego, May 21-24, 2020)
​The ALA conference scheduled for May 21-24, 2020 at the Manchester Grand Hyatt in San Diego has been cancelled but will return to Boston in 2021.
​  ​
Theodore Dreiser Recalled, edited by Donald Pizer
Clemson University Press just published Theodore Dreiser Recalled, edited by Donald Pizer, a book that brings together published and unpublished memoirs about Theodore Dreiser. his politics, personal life, and literary reception.
http://blogs.clemson.edu/press/2017/08/07/forthcoming-theodore-dreiser-recalled-edited-by-donald-pizer/

​​Theo and His Brother Paul: A One Act Play
Art Spaces and Vigo County Public Library are pleased to present
Theo and His Brother Paul: A New Play in One Act by D. S. Weatherston
Sister Carrie: A World-Premiere Opera
Florentine Opera Company in Milwaukee, Wisconsin, will perform Sister Carrie in October. On their web site, the song “Everything Is Paid For” is performed by Adriana Zabala. http://www.florentineopera.org/events/sister-carrie/

Stephen C. Brennan, Scholar, Editor, and Friend
On May 30, Stephen C. Brennan, a founding member of the International Theodore Dreiser Society, died. For the past 20 years, he co-edited the society’s journals Dreiser Studies and Studies in American Naturalism. An excellent editor, an insightful scholar, and a good friend, he will be missed greatly. His obituary appeared in the The New Orleans Advocate.

Re-Launch of the Dreiser Edition by Winchester University Press
On Friday, 20 May 2016, Winchester University Press will mark the publication of The Titan (Dreiser Edition) with a panel lecture in London titled “Theodore Dreiser: From Transatlantic Censorship to Scholarly Editions.” Sponsored by the Eccles Centre for American Studies at the British Library in collaboration with Winchester University Press, the lecture by Jude Davies and Roark Mulligan discusses historical censorship as it affects scholarly editing. For more information, see the British Library website: http://www.bl.uk/events/theodore-dreiser-from-transatlantic-censorship-to-scholarly-editions#sthash.IiFOGR37.dpuf

Dreiser Online
Roger W. Smith’s website Dreiser Online has moved to a new address https://dreiseronlinecom.wordpress.com/. The new site incorporates Smiths’ previous bibliographic research but now includes his recent biographic discoveries, including Smith’s research on L. A. Hopkins (Lorenzo A. Hopkins), the model for Sister Carrie’s George Hurstwood, about whom little has been known.

Dreiser on "Life at Sixty-Seven"
An essay by Theodore Dreiser “Life at Sixty-Seven” (1939) appears in a recent book by Joshua Prager, a New York journalist. Titled 100 Years, the book includes quotations by great writers on every age, from birth to one hundred. Together, the passages lay out the arc of a human life http://books.wwnorton.com/books/100-Years/. Age sixty-seven is given over to Dreiser. His essay on aging, which originally appeared in The Rotarian, is full of insights, on the passions that remain and those that fall away. Dreiser’s description of solitaire, a game he loved, reminds me of the knight playing chess with death in Bergman’s The Seventh Seal.
​
Sister Carrie Recommended by the Department of Labor
The US Department of Labor recommends Sister Carrie as a novel that depicts changing labor practices: "Sister Carrie, a novel by Theodore Dreiser, chronicles the experiences of Carrie Meeber, a young woman who leaves her home in rural Wisconsin in search of a better life in Chicago. Once there, she achieves fame and fortune as an actress, along the way violating the conventional social norms for women of the time. Against this backdrop, the book sheds light on not only changing mores of turn-of-the-century America, but also the mass migration of rural Americans to big cities in search of new lives and livelihoods."

Dreiser's Novel in Reddit's Top Twenty-Six
In a compilation of 11 lists of the best novels, An American Tragedy is in the top 26. For more information and the entire list see the reddit article Top Books Derived from 11 "Top 100" Lists.